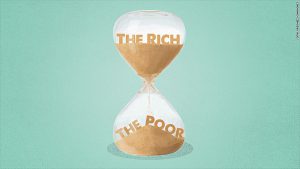 Concerted efforts are continuously made by the world’s developed economies towards alleviating the economic burden bedeviling underdeveloped countries (Dodhia, 2008). There are plans aimed at promoting faster and deeper debt relief to encourage poverty eradication and enhance improved living standards of people dwelling in these countries (Dodhia, 2008). The following illustration indicate why poor countries’ debts should be pardoned.

Most poor countries are in the sub-Saharan Africa which experience difficulties servicing their loans. Besides, they continue to find it difficult to meet their debt-service obligations, with many still requiring regular frequent rescheduling of their bilateral debts (Todaro & Smith, 2006). In their failure to achieve sustainable debt levels, various initiatives were instituted by the developed economies to reduce the debilitating effects of financial crisis that threatened to paralyze the poor economies (Todaro & Smith, 2006).

Among the crucial deliberations made to help poor countries included debt relief and subsequent waiver from multilateral creditors. It was envisioned that creditors would take part in the waiver of a country’s debts so as to enhance sustainability in line with the standard international recommendations, so long as the poor countries proved to adequately implement financial reform programs (Dodhia, 2008).

Pardoning debts have greatly helped underdeveloped countries to achieve financial sustainability in the long run. Consequently, the debilitating effects of external debts have been alleviated through debt reliefs and waivers by the developed countries, mostly through the multilateral creditors such as International Monetary Fund and the World Bank (Dodhia, 2008).