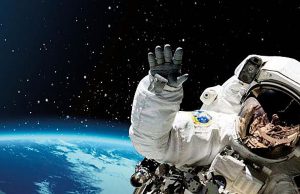 A point central to many proponents’ arguments is that space is not only human kind’s final frontier but their “only real frontier left” as Dunbar stated in 2007. This same view is shared by Steven Dick, of NASA. Dick says that once Americans discovered the Western Frontier, all that was left was space, and although many people may not agree with that idea, it has been a large push for space exploration since the start (2007). Dunbar goes on to say in their article that Earth is self-destructive and does not waver to the needs of humans, so humans cannot count on it to be around forever. She also states that regardless of if one is in support of colonizing space or not, even opponents cannot discount the idea that human kind could possibly evolve even further if they were given a “blank canvas” such as a new world altogether (Dunbar, 2007).

If the entire argument were based solely around this reasoning, it would make sense to continue funding the space program and NASA. The truth is, though, that the funding is not available right now and it is unclear when it will be. Funding for space exploration should be made available if at all possible if for nothing else than for the possibility of a continuing future of the human race.