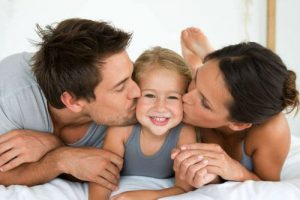 In this era where equality is a fundamental factor in our lives, people believe that women are as good as men in taking care of the children while others argue that men are the best. However, in my opinion women play a greater role in caring for their children than men do. The role of the women in their children’s lives is irreplaceable. There are many reasons why women are the best parents.

Women have greater chances of creating contact with the child. Since birth, the child spends most of the time with the mother. In our society, the role of men is to provide for the family, while the role of women is to take care of the children. This role of men deprives them the chance to spend time with their children. Mothers spend the better part of their day at home washing clothes, feeding, and bathing the baby. It is rare to find men performing such roles (Pruett, 2000).

Mothers prove to be better parents due to their better communication skills with the children and their less aggressive nature. Women know how to soothe their kids. They know how to communicate with them gently unlike men who are more aggressive (Pruett, 2000). It is hard for women to be violent as opposed to men who are violent most of the time. The gentle nature of women makes it easier for their children to talk to them. In most cases, children fear their fathers, and whenever they want something, they have to go through their mothers. The parents act as messengers in airing their children issues to the fathers.

Their familiarization with the act of child caring makes them better. Parents teach their girls how to take care of young ones from childhood, unlike men whose concentration is on technical jobs and roles that are more competitive. Therefore, girls grow to be better parents compared to men (Lytton & Romney, 1991).

In conclusion, both male and female parents have a role in a child’s life (Pruett, 2000). However, based on the reasons discussed above, women are the best parents.